Jersey came to me in November of 2004. She has been a nice glow to my Red Heads. 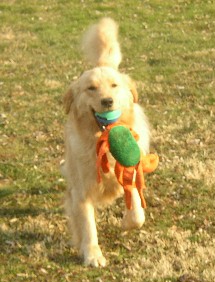 Dear Friends,
On Sunday  April 15, 2012,  Ohkom suffered a sad loss.  My beautiful Golden Retriever,  Jersey Girl, had a terrible cancer brewing inside her. They call it the silent killer because the signs are not outward until it’s too late. It’s called Hemangiosarcoma.

You all know the story of my Jersey, who came to me, sort of out of a dare.  A student, Mike Brookins, who had a golden named Radar (his first golden) had complained about him being so stubborn. We joked about it and he said, well you don’t own a Golden so you don’t know. Well, I had trained many Goldens, but he was right, I didn’t actually own one. 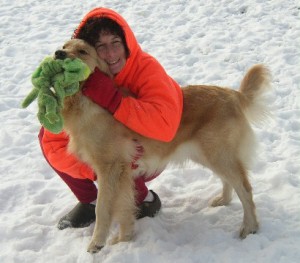 I had always admired the show dogs of Hillocks Kennels in Ligonier and asked the breeder if she had an older Golden Retreiver that had lots of spunk, and that I would be interested. Two weeks later she presented me with Jersey. She was eleven months old. So beautiful, fluffy and full of spunk. Jersey basically was given back to the breeder due to “not working out as a show dog” according to the person she sold her to, so she never had socialization, and certainly no training. She wasn’t even house trained.

I took on the challenge and got her in November 2004,  just shy of her first birthday in January. That winter was cold, snowy… it was a wreck of a winter. Jersey, who mainly lived in kennels couldn’t get the grasp of being inside. So I kept her in the kennel to ease her in slowly,  and since it was cold, gave her pillows and blankets, toys.. Ha. Mistake! She shredded everything for 4 months!

She was a fence fighter, tore up every stuffed toy, barked and barked for no reason, was unmanageable on the leash. I though I must be nuts. 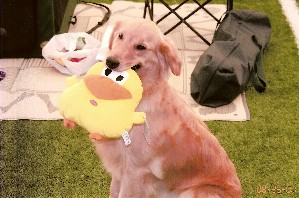 Earning her Open Jww title, that stuffie did not last long!

Lucky for me, I am a trainer and Jersey came to every class I taught. It took me four months to settle this little wild child down.

And Yes, she was stubborn.

She taught me more about Golden Retrievers, their habits, their consistent belief that they are always right, and that they must absolutely have the last word,  and for that I thank her.

We ventured to shows, got some titles, but it wasn’t really her cup of tea. She’d rather stay home and play ball.

She had a beautiful litter of 7 pups, and along came Dazzle Do and Fancy too, the two we kept. 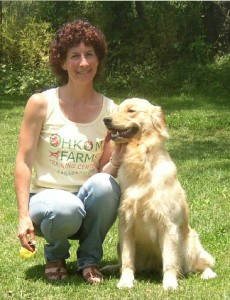 Jersey now became the trainer, and for many of you who had the aggressive dogs, she worked with them and made them realize that she wasn’t going to respond or react, giving the owners time to get their dogs in order. She wowed the students with her amazing precision heeling demonstrations.

Her most recent gift was teaching a young boy how to give a dog a treat without being afraid. That image will live in my mind forever.

The smile on his face and him reaching to pet her, and Jersey with that forever wagging tail , I was so very very proud of her, and how much she has taught so many of you. His mom told me in the next lesson that he never stopped talking about Jersey and couldn’t wait to see her again. I have no idea how I am going to tell him she is gone.

I am going to miss my working buddy, my “go to” dog, one of my best friends, her constant smile and willingness to help, and yes, even her annoying barking. But most of all, that constant wagging tail. I love you Jersey girl, it was way too soon. 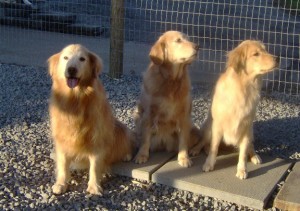 Jersey , Always with eyes on me, Dazzle (daughter) and Gemma (granddaughter). May the Shamrocks fall softly and remember don’t shred the stuffies! 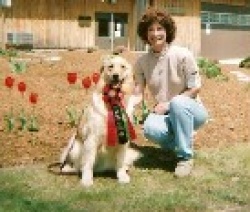 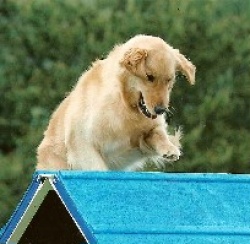 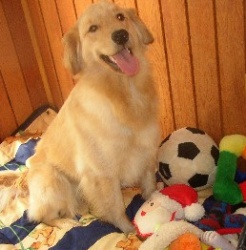 This is soo many TOYS!! 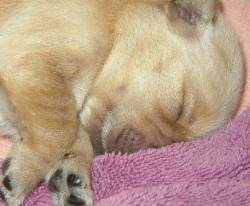 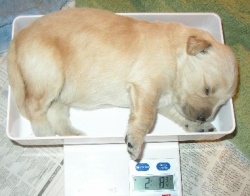 I'm thinking I'm too big for this scale 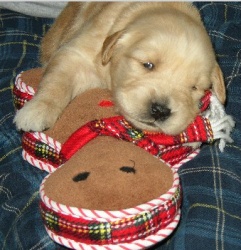 Did someone say Dinner? 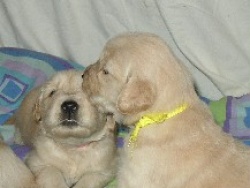 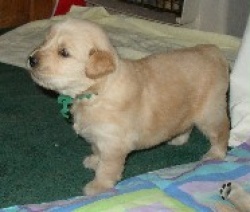 Fancy one , Dazzle, Fancy too

Angelina , I just want to sleep!! 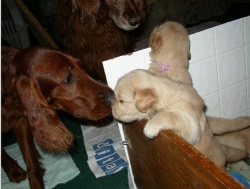 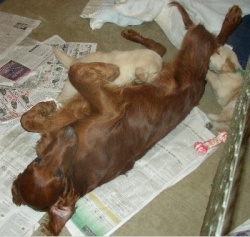 Are you my Mom? 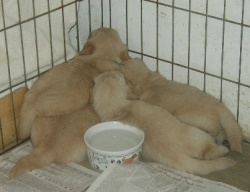 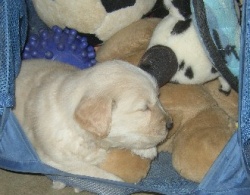 No one will find me in the Toy Box 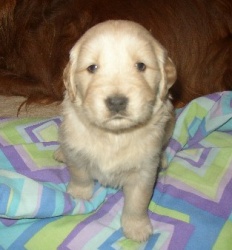 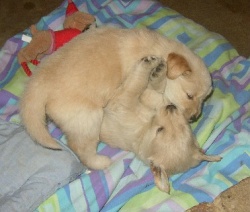 Jada Teaching the "GET IT" to the new Agility stars.

One at a time please, Geez!! 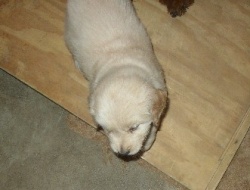 Yes you totally got it.

Jersey showing the pups how to get the toys out. 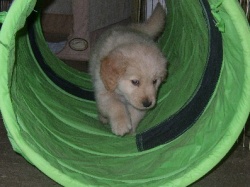 Mom was right this paper work is tiring. 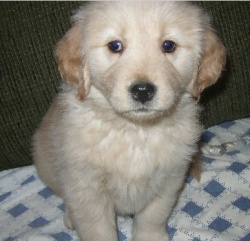 Meet Hillock's Dazzle to Ohkom aka DAZZLE DO ! Linda's Pick 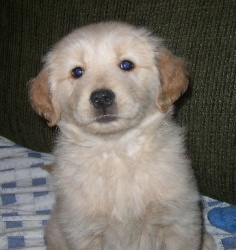 Meet Hillock's Fancy of Ohkom aka FANCY TOO! Andrea's Pick 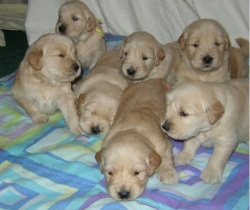 Hey Everyone, our eyes are open...