I have never been more proud an amazed of what this wonderful boy had accomplished. I think he was always meant to be mine.  I sold him as a puppy to what I believed to be a great home, but things did not turn out and I got him back.  So happy I did. His sister Buttercup was as well. The two of them became inseparable, her getting into mischief and Megel right behind her. It was the start of an amazing journey. I know that may sound corny, but when I look back I am so proud of this wonderful group of dogs. Angel, Buttercup, Jennifer, Goldie Bean, of course, and Jake the Snake, as we called him, and little Kaylee Coo. Off we would go to shows, conformation, obedience and whatever adventure we went on, it was happy times. Megel was my Best Bred by dog, awarded by the Irish Setter Club of America 2002. 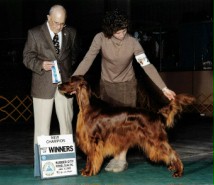 Megel Finishing Best of Winners with a Three Point Major under Mr. C.P. “Chuck” Herendeen  January 2003.  Megel was known in the ring for his sound movement and amazing temperament. He earned his Championship title prestigiously all from the Bred-By Exhibitor Class. Bred by, owner handled, Linda Scopa.  After his Championship in January of 2003, he became the keeper of the farm, watching and protecting.  Keeping all the young pups in line, chasing birds and having fun.

I was busy with Buttercup and Kaylee getting their Obedience and Agility titles and asked myself why was I not also taking My Megel? He always wanted to train and loved it, so why not?

At age seven, we spent the summer training and competed and titled in Rally, Obedience (2008)
and Agility (2007). So glad I did. He made it so easy, as long as he knew a treat was at the end of it all.

In February of 2012, I found a lump on his leg. It was bone cancer. At almost 13 years old, the choice to remove his leg was not an option and would not have given him more time. He never once complained and kept strong until the end.  The markings and signs of a true Champion.

To My Megel, you know you were my best boy ever. I will never stop missing you. Thank you for making my life better and granting me so many wonderful memories.

May the Shamrocks fall softly, I know you are keeping an eye on the farm from heavens gates, until we meet again… 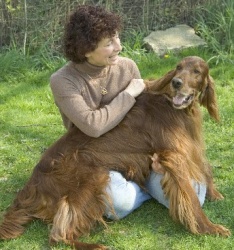 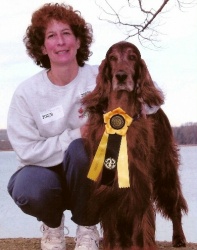 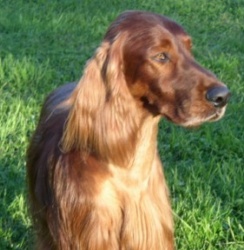 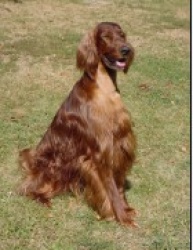